In this tutorial we are going to show you how to create an animated map using Quadrigram. In order to build the animated map, you just need data with a particular layout, a heat map visualizer and an animator control.

You will work with two files.

In this example we are going to work with two files that contain information of public bike sharing service in Barcelona, known as "bicing".

Load the first file with bicing stations (BICING_STATIONS) to the project.

You can see the first column with stations id and two other columns with latitude and longitude in decimal notation.

Select the Heatmap chart and drag the longitude & latitude blocks to their corresponding slots in the Heatmap. 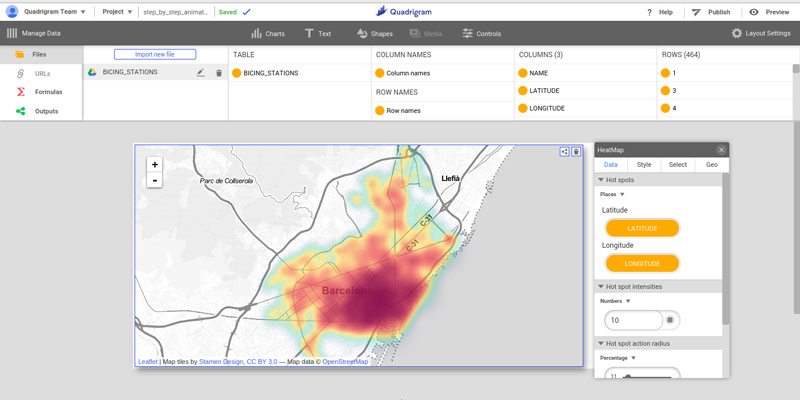 Load the second file with bicing stations data by hour (BICING_ACTIVITY) to the project. 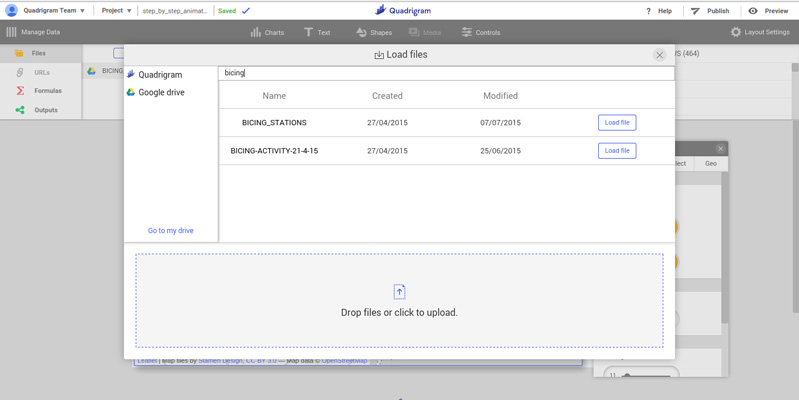 You can see the first column with stations id and N columns. Each N column has the bicing activity for a given hour. The animated heatmap will show one column each "x" seconds so that you can visualize the activity by hour.

Select a Play/Pause Control and drag the block with the activity to its corresponding slot in the control.

Drag the "Current value" output of the control to the Hot spot slot of the heatmap. That way, you will see the bicing activity by hour. 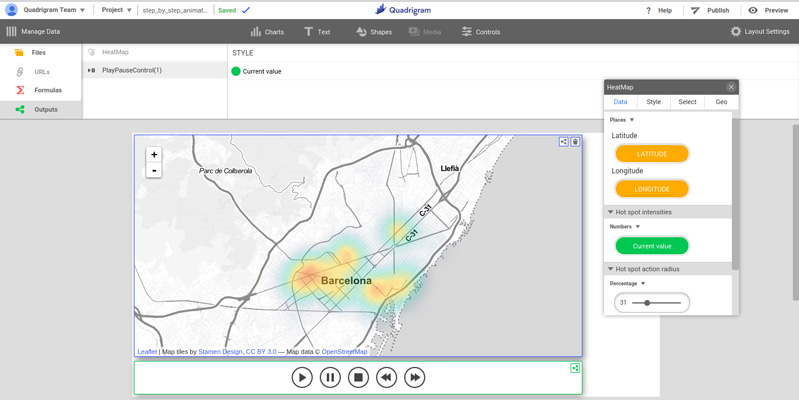 Thank you for your feedback!

We are using cookies to give you the best experience on our site. By continuing to use our website without changing the settings, you are agreeing to our use of cookies. Get more information here.